Going Vegan: Are You In? 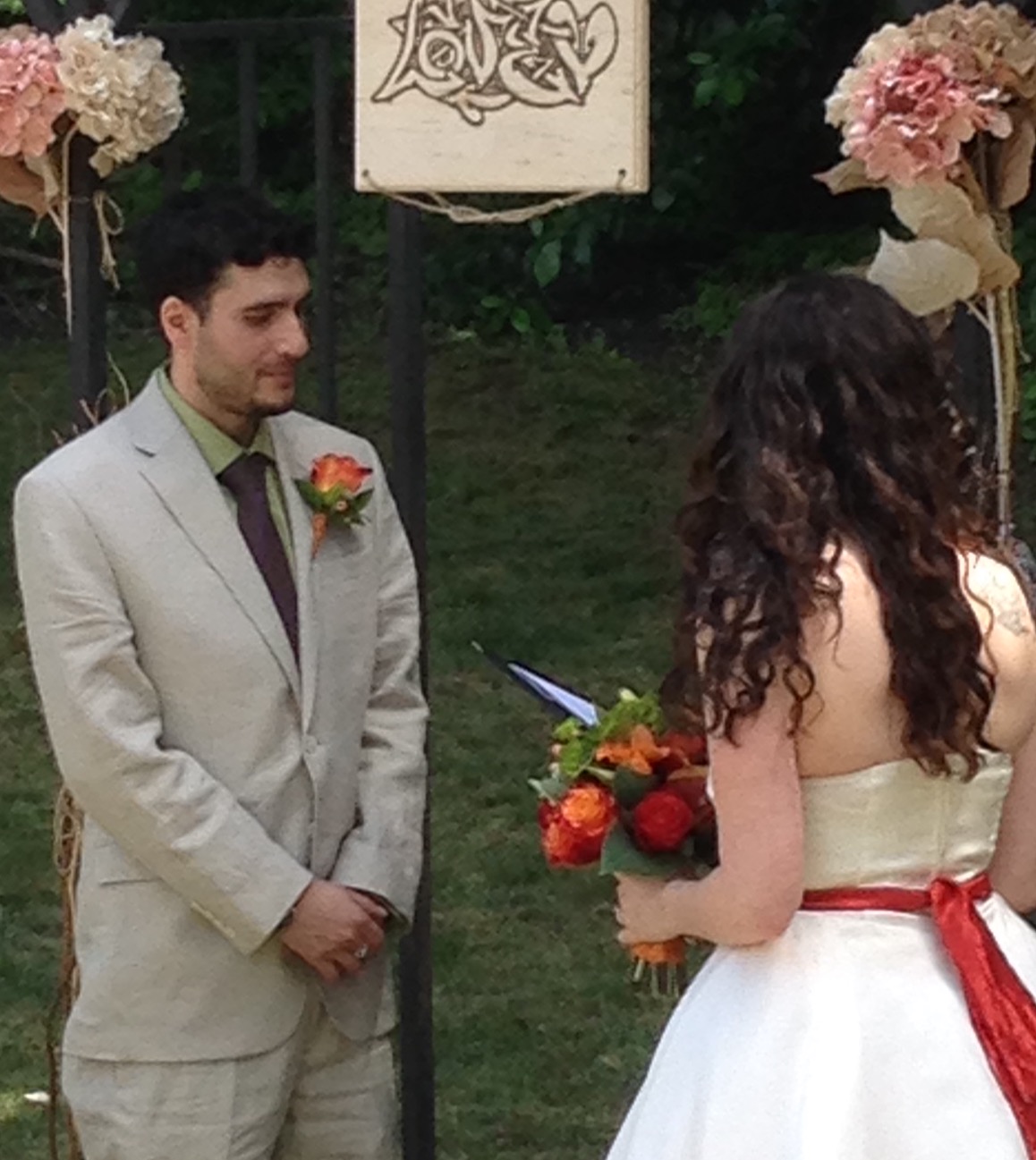 I am an avid book reader and a self-described nerd. I can’t imagine going on vacation without a book in hand, and although I have tried desperately to embrace my e-reader, I still find that nothing can quite replace the glorious feeling of listening to the waves crashing at the shore while lounging on the beach immersed in a paperback book. There’s something about the tactile experience of holding a book in my hands and turning its pages that is essentially interwoven with my joy of reading. So, when my newly minted husband, Dan, and I began to haphazardly complete last-minute packing for our honeymoon to Mexico the night before we left, I scoured the bookshelves in our house for a book that I had not yet read; and that was when I came upon Howard Lyman’s Mad Cowboy (1998). I knew that Dan had a brief stint with veganism years before we met, and I knew that it started with this book, so I decided it may be a worthwhile read. When Dan saw that I was packing Mad Cowboy in my carry-on luggage, he immediately pleaded with me not to read the book.

“I don’t want you to become vegan” he exclaimed. “I love my eggs, and butter, and cheese!”

And of course, in that minute, I knew I had to read this book. You know the red button on the wall that is surrounded by large letters that read “DO NOT PUSH”. Well, I’m the lady who pushes the button.

“And besides,” I thought. “Can this book really be so powerful that it will stop me from eating cheese?! Impossible!”

Throughout our vacation, I read Mad Cowboy while immersing myself in the all-inclusive seafood and dairy options found at our resort. I had given up eating meat since the time I was fifteen (the idea of eating dead animals was always disturbing to me), but I LOVED my seafood and cheese, and I frequently told one of my best friends, who had become vegan, I cannot imagine never eating cheese again. Or sushi. Or tuna. And so, I read through the first six, albeit disturbing chapters of Mad Cowboy, in pescatarian bliss.

“See, honey,” I told Dan proudly. “I’m a horrible person. This book isn’t making me vegan at all.” 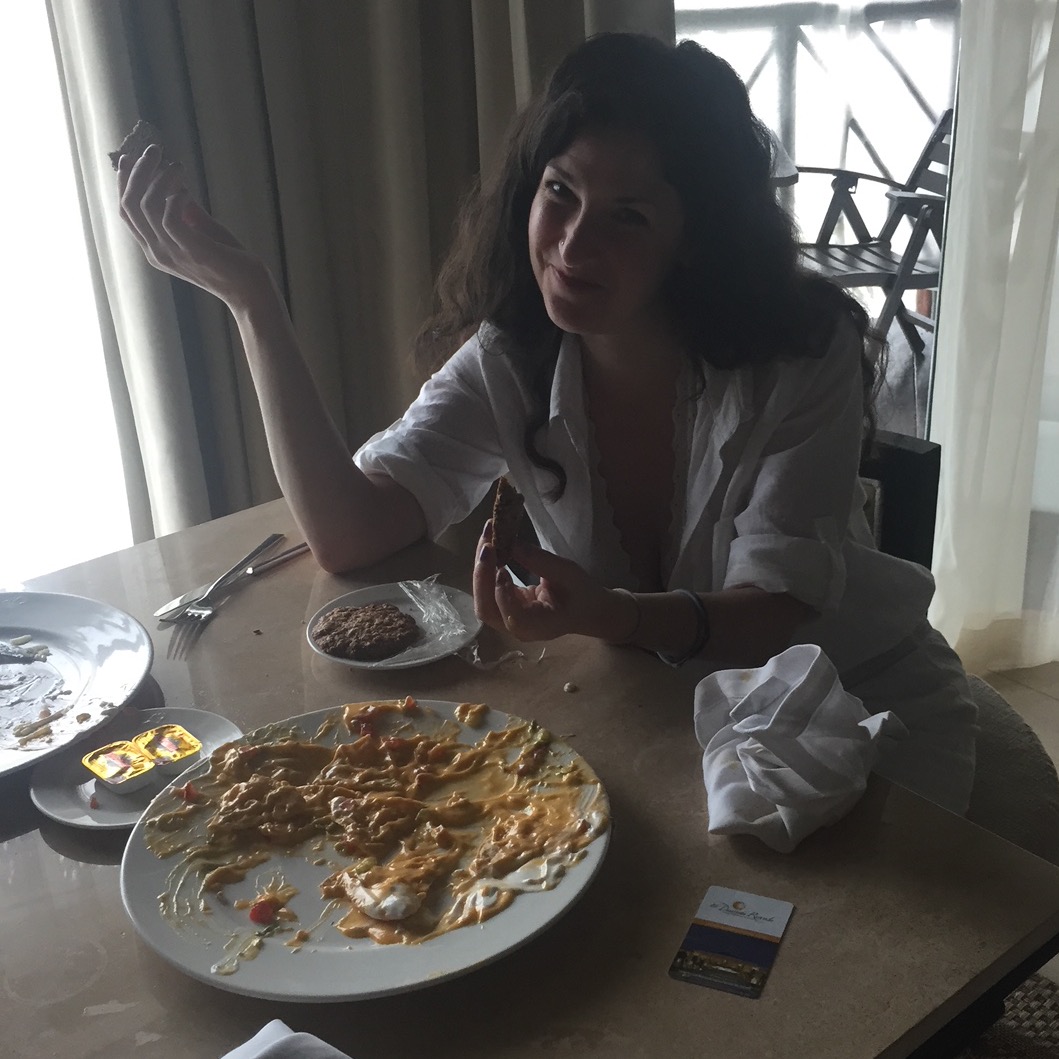 In fact, I made it all the way to Chapter 7 of this eight-chapter-book still eating gluttonous amounts of dairy and seafood. I began Chapter 7 on the airplane ride home from Mexico. Oh, Chapter 7, how you changed my life.

In Chapter 7, titled “Bovine Planet”, Lyman explains the environmental impact of the meat industry on our water supply and our forests. He describes the “estimated 70 percent of the clearing of the Amazon…for cattle pasture” and how “More than half of Mexico is grazed by livestock” (p. 149, 151). He describes the “desertification” of our rain forests due to overgrazing of livestock and shares that “animal wastes are responsible for ten times as much water pollution in America as the human population” (p. 129). He states that “about 70 percent of the water used in the eleven western states is dedicated to the raising of animals for food” despite the water shortages faced by these states (p. 132). He even provides the startling statistic that “the water required to produce just ten pounds of steak equals the water consumption of the average household for a year” (p. 132). I could go on and on, but I imagine you get the point.

“Ugh!” I thought, “How could I, while flying over the rainforests of Mexico, ignore the fact that my dairy consumption was directly responsible for their destruction? How could I ignore the harm that I was doing to the innocent humans, animals, and living beings whose ecosystems were forever being destroyed simply because of my selfish addiction to cheese and fish?”

I turned to Dan and said, “I’m sorry, baby, but I have to go vegan.” I won’t elaborate on the argument that ensued over the rest of our flight, but I will say that it ended with both of us glaring at the seatbacks in front of us in silence.

Despite that argument, Dan and I reconciled, and he now supports my decision to be vegan. And, three years later, I’ve learned so much more about factory farming, animal cruelty, and the irreparable damage of eating meat and animal-derived products on both humans’ health and the health of our planet. I also have learned how to cook delicious vegan sushi, tofu scramble, and a mean vegan cheesesteak.

I became vegan for the environment. I stayed vegan for the animals and for all people and living beings who are suffering and being annihilated due to our destructive decision to consume animals. I’ve visited many farm sanctuaries, and I’ve held and looked into the eyes of cows, pigs, sheep, goats, and chickens who have been bred to be unnaturally large, and who spent most of their lives living in squalor until being rescued by these farm sanctuaries. How can I get infuriated at the abuse of dogs and cats and at the killing of Cecil the Lion, yet not blink an eye at the horrific mistreatment and slaughter of billions of animals every day? How can I pretend that livestock are different from any other mammal, that they deserve to spend their lives ripped away from their mothers, never seeing sunlight and never feeling the kindness of human touch? How can I eat cheese – me, a woman who nursed my own babies - knowing that I am stealing a mother cow’s milk that was intended for her calves whom she’ll never even get to raise? 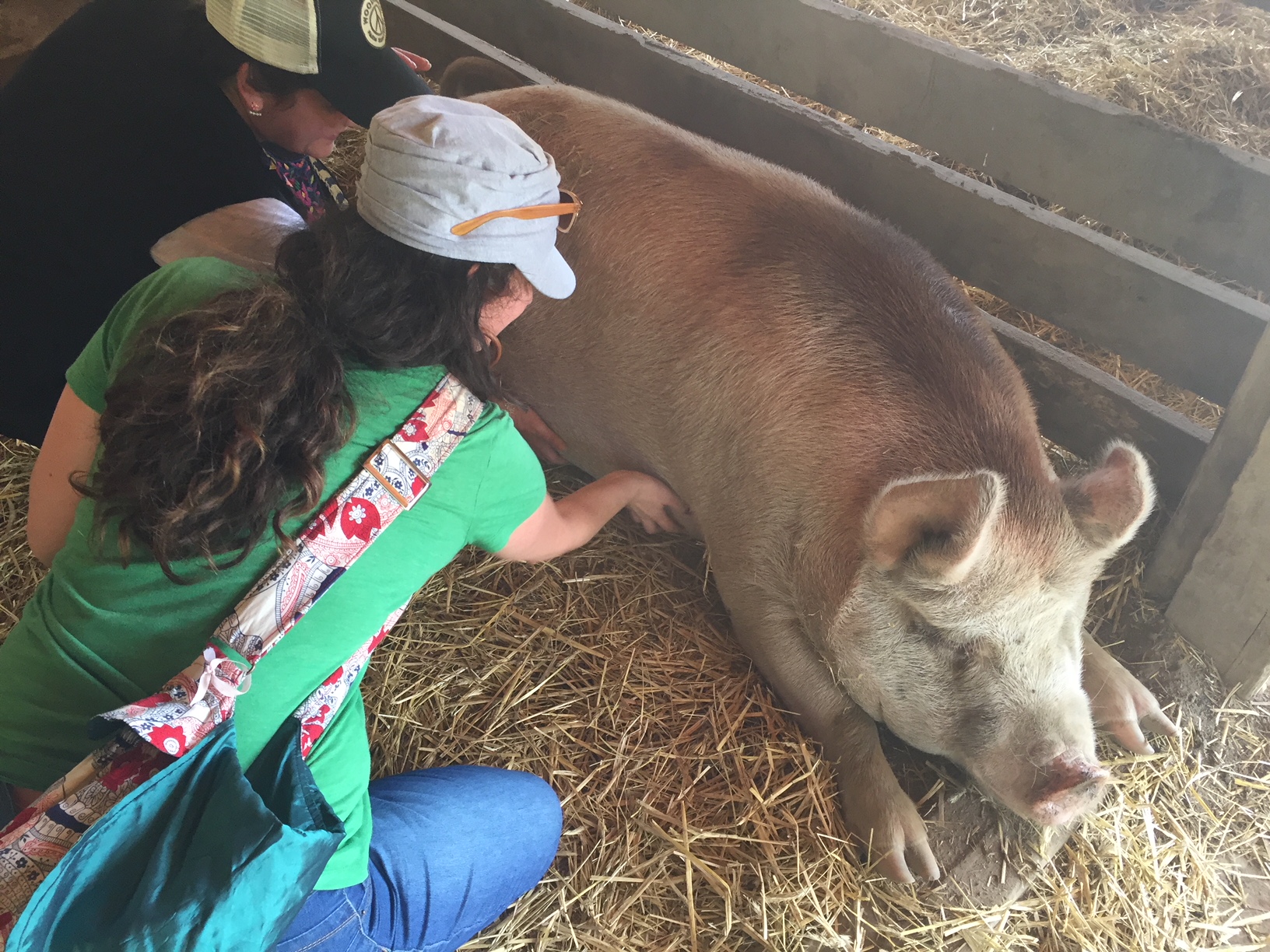 Don’t get me wrong; there are days that I miss a good tuna steak, spicy salmon sushi, and shrimp pasta. In the beginning, there were many days where I missed cheese - months even. But are my selfish cravings worth the inhumane treatment of non-human animals and the destruction of our planet? What type of person am I if I knowingly consume tortured animals and the products created by tortured animals? And, all ethics aside, do I even want to consume animals and animal products that come from sickly, malnourished, and mistreated animals?

I refuse to be part of a system that exploits everything I love: animals, the woods and rainforests, the ocean, lakes and rivers, and even people. I refuse to pretend that my food choices only impact me. I refuse to believe that one person cannot make a difference, when I know that being vegan saves, on average, one animal’s life per day. I refuse to say I care about our planet while actively destroying it. I refuse to call myself an animal lover and eat animals.

Ultimately, I know I can’t control the food choices of anyone else but myself; I can’t, single-handedly change a system that has indoctrinated people into believing that livestock are different than pets and that dairy and meat are good for us. But one of the greatest surprises that I’ve found in becoming vegan is that I don’t have to fight this fight alone. There are thousands of us, right here in my city of Philadelphia, and millions of us around the world. And collectively, we are a movement. We are a movement of individuals – people of diverse ages, races, religions, and cultures - who have said enough is enough. We will change the future of the meat industry and the industrialization of livestock. And there will be a time, in the not-so-distant future, where the world will look back at our horrific animal farming practices with abhorrence, just as we do today when we look back at the many ways that we have commodified (and often still commodify) children, people of color, women, and religious minorities. Until then though, I am fighting this battle one meal at a time. I can’t wait to see who else will join me! Are you in?